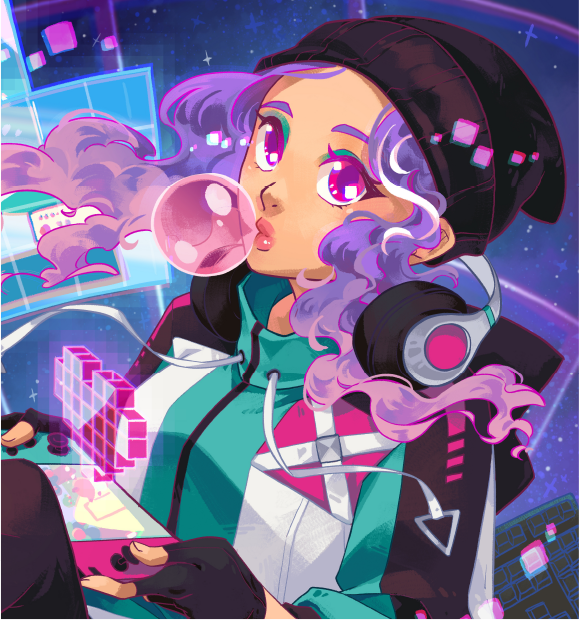 We Game! Over 20,000 sq ft of Arcade, Console, and Tabletop gaming space. Compete in video game tournaments with cash prizes. Spend time in our 24 hour video game room or try any of the 30+ Japanese Arcade machines availible. Check out the Guest GMs and Guest Game Designers. Explore the Pachinko Parlor and the vintage arcade machines.

Details below!  See what happens when motorsport merges with anime! 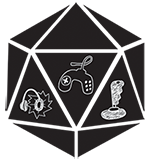 2022 Hours TBA. Please See the full Convention Hours of Operations Page for the operating times of all our offerings and activities. 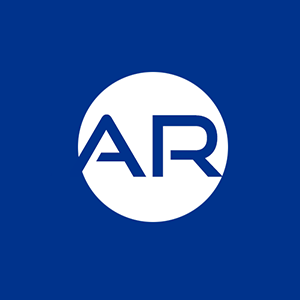 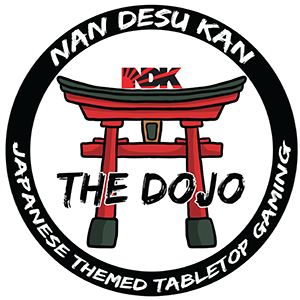 No Shoes = No Play (on the dance machines). We are not liable for injury resulting from failure to follow this rule.

No food or open container drinks near our equipment. Bottled liquids are acceptable.

Consumption of alcohol in our room is forbidden, even if the hotel says its OK.

All rules that apply to NDK apply to our room. Be courteous to other guests!

Saturday 11AM until Saturday 10PM (estimate)

All skill levels are permitted and encouraged to participate!

In order to qualify, alert one of the tournament organizers, who will then collect your score, preferred name for the bracket, and contact information by which to notify you of upcoming tournament matches in the event that you’re not present in the game room.

The double elimination bracket will be seeded based on your qualifier score using the above point format.  It will be one Heavy chart, rated a 7, to be announced immediately prior to qualification. Any modifiers may be selected, with the exception of a mandatory Turn modifier.

At the start of each match, the higher seed will choose either (1) which side to play on or (2) the track veto order.  The lower seed then gets control over the remaining decision. A computer program will randomly draw 5 tracks, which will be weighted more toward easier charts (maximum 5~8) at the start of the tournament and more toward difficult charts (maximum 8~10) as the tournament progresses.  As decided, one player will pick one track to veto, then the other player will then pick another track to veto. The remaining 3 tracks will then be played in the order they were drawn. Each player may select any chart difficulty, including Beginner. Any modifiers may be selected with the exception of “Solo”, which requires both players’ consent.  Using the above point format, whoever first achieves the higher score on 2 tracks is the winner. During the top 4 player matches, 7 tracks will be drawn instead of 5, and whoever first achieves a higher score on 3 tracks is the winner. In the event of ties, the vetoed tracks will be played in the order they were initially drawn. If more ties occur, more tracks will be randomly drawn.

This year’s Video Game Room will have several tracks of constant gaming all weekend long featuring the PS4, Xbox One, and Switch as well as pachinko and general mayhem courtesy of the VGR Staff. We’re also featuring our usual awesome array of events including Soulcalibur 6, Smash Ultimate 1v1, and Samurai Shodown tournaments!  And don’t forget late night Rock Band!

The Golden Rule: Pass That Controller!

Every year, NDK raises money for charity and this year the VGR is getting involved with that. NDK is providing arcade machines with a variety of games to be played all weekend long including Galaga, Sinistar, Metal Slug, Samurai Shodown and more!

We’re also expanding our arcade machines by partnering with our friends at Akihabara Arcade & Bar to include more machines!  Come and play for a good cause!

To play pachinko, just locate the staffer nearby, give them some money and play pachinko with your cup full of balls! All joking aside: DO NOT ATTEMPT TO OPERATE THE PACHINKO MACHINES BY STUFFING THEM WITH QUARTERS! The Ban-Hammer will be used to smite the offenders right off the premises.  With luck, they may even see the curvature of the Earth.

Have you ever seen games like Shogi or Go being played in anime? Have you ever wanted to learn how to play them? Then you should go to The Gaming Dojo. In addition to ancient games with origins from Japan you will also have access to games such as Shogun, Tokido, Edo, King of Tokyo, and others in the same theme.

Qualifying rounds will be running Friday night and Saturday during the day.

The Gaming Dojo features special guests, panels, and other tournaments as well! Saturday, our special guest Senda from the podcasts “She’s a Super Geek” and “Panda’s Talking Games”, will be running her one-shot role playing game based on a popular anime about magical girls.

Got time to spare? Want to get away from the hustle and bustle of the con for a bit, or maybe you’re just a board game junkie? Then why not checkout the Live Gaming room, where you can take a seat and join others in playing a multitude of board and card games with other attendees? With such classics as Uno, Monopoly, Sorry, and Checkers to popular ones like Ticket to Ride, Munchkin, and Carcassonne, you’re guaranteed to find something for everyone and have a great time. 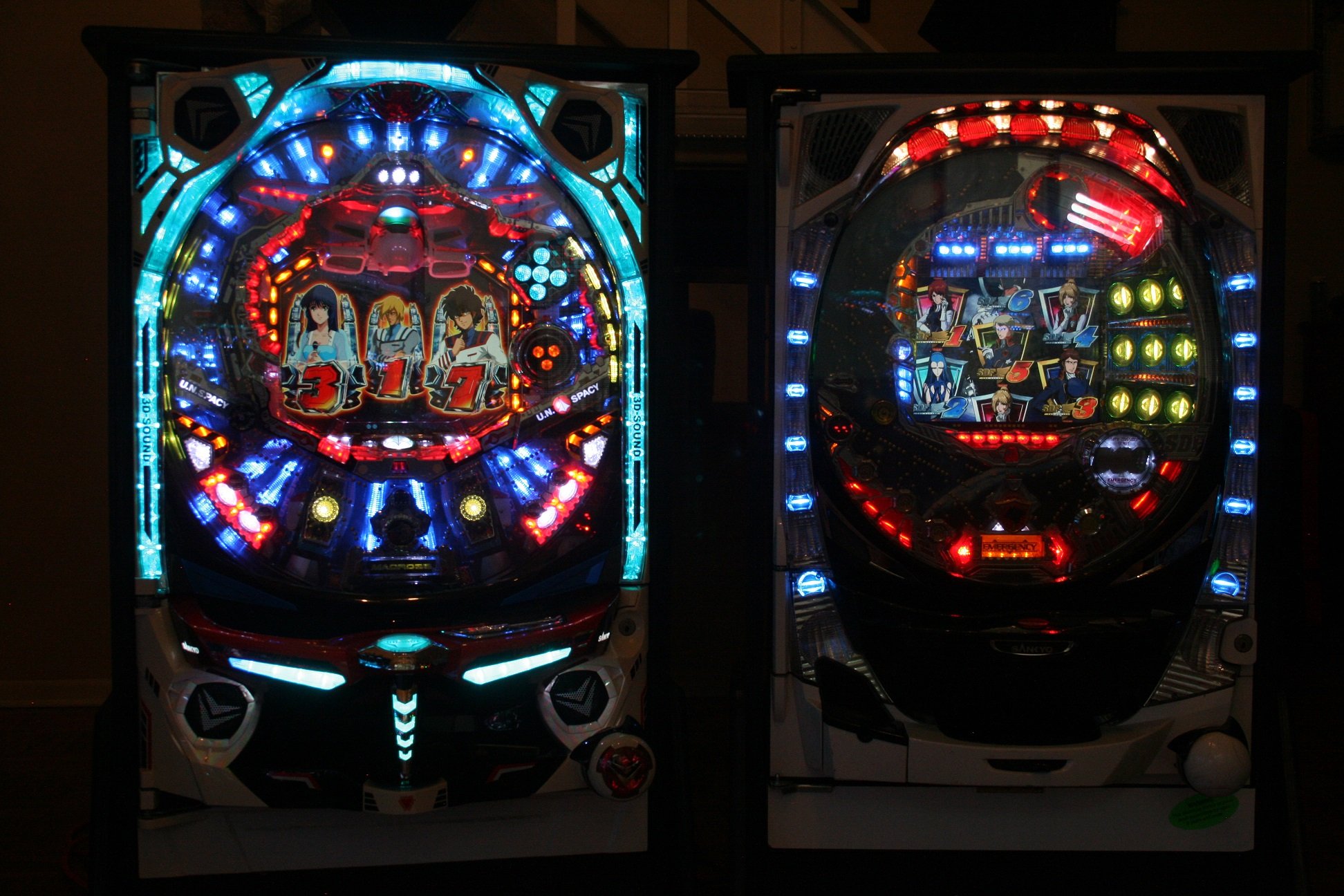 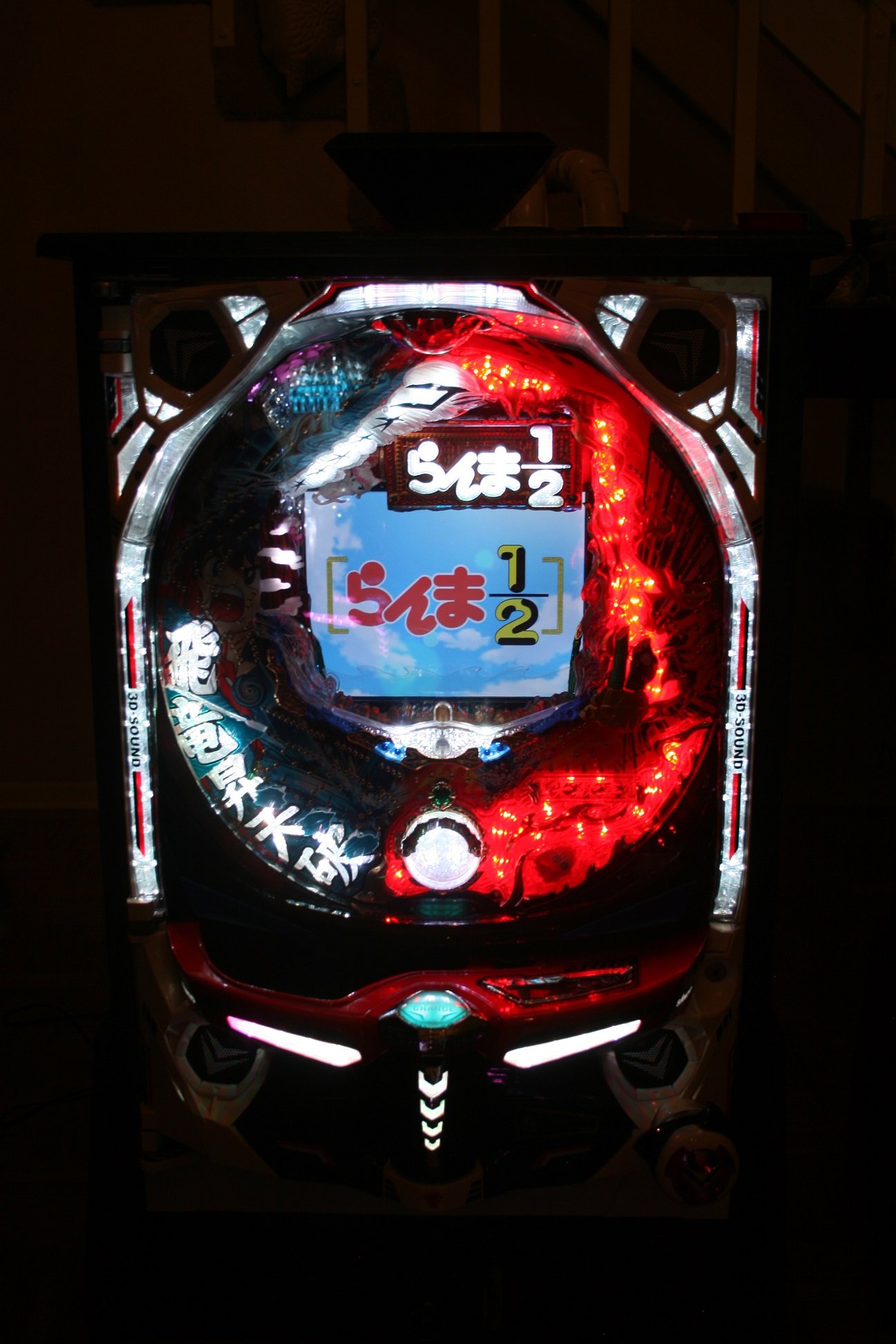 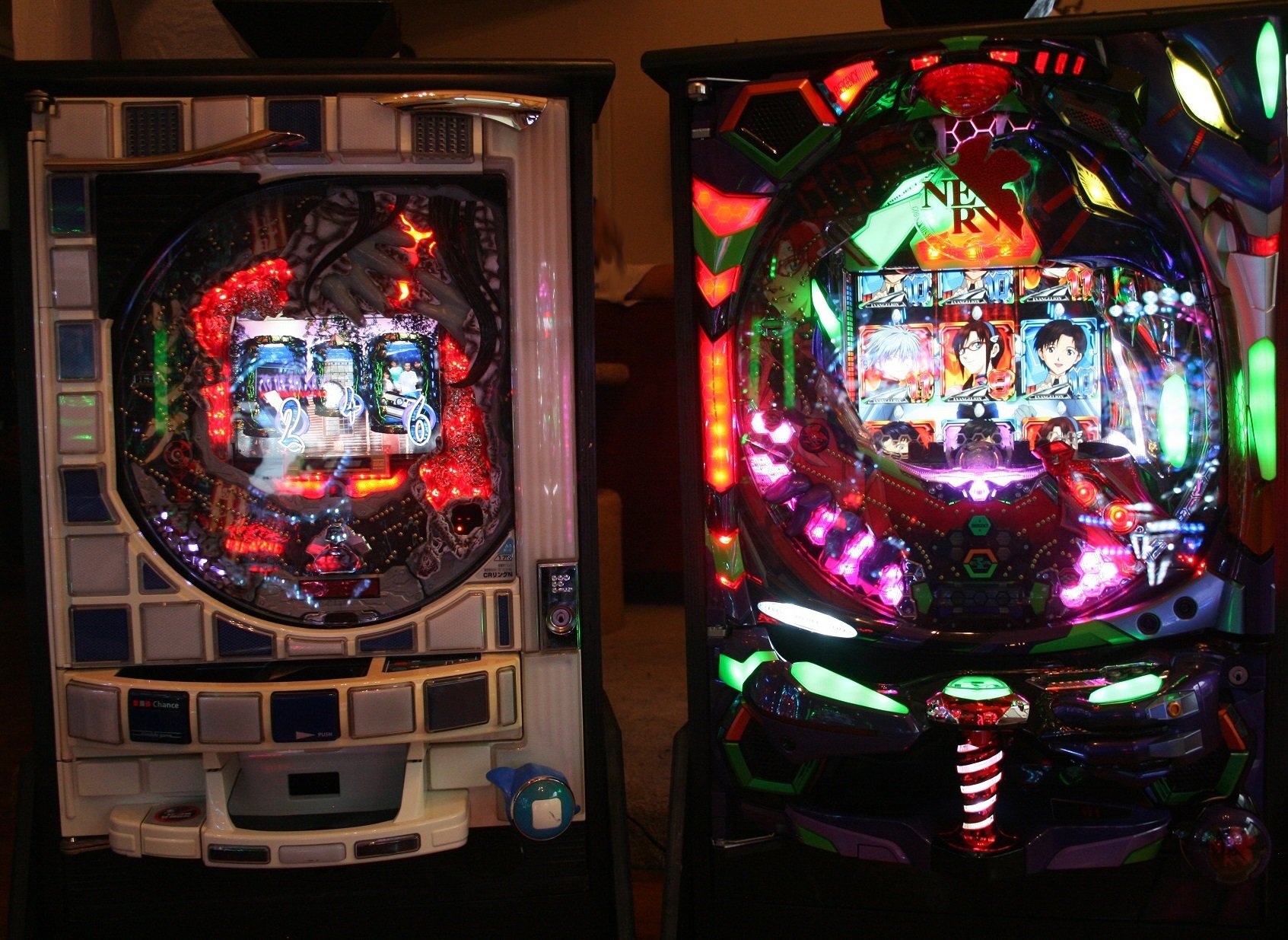 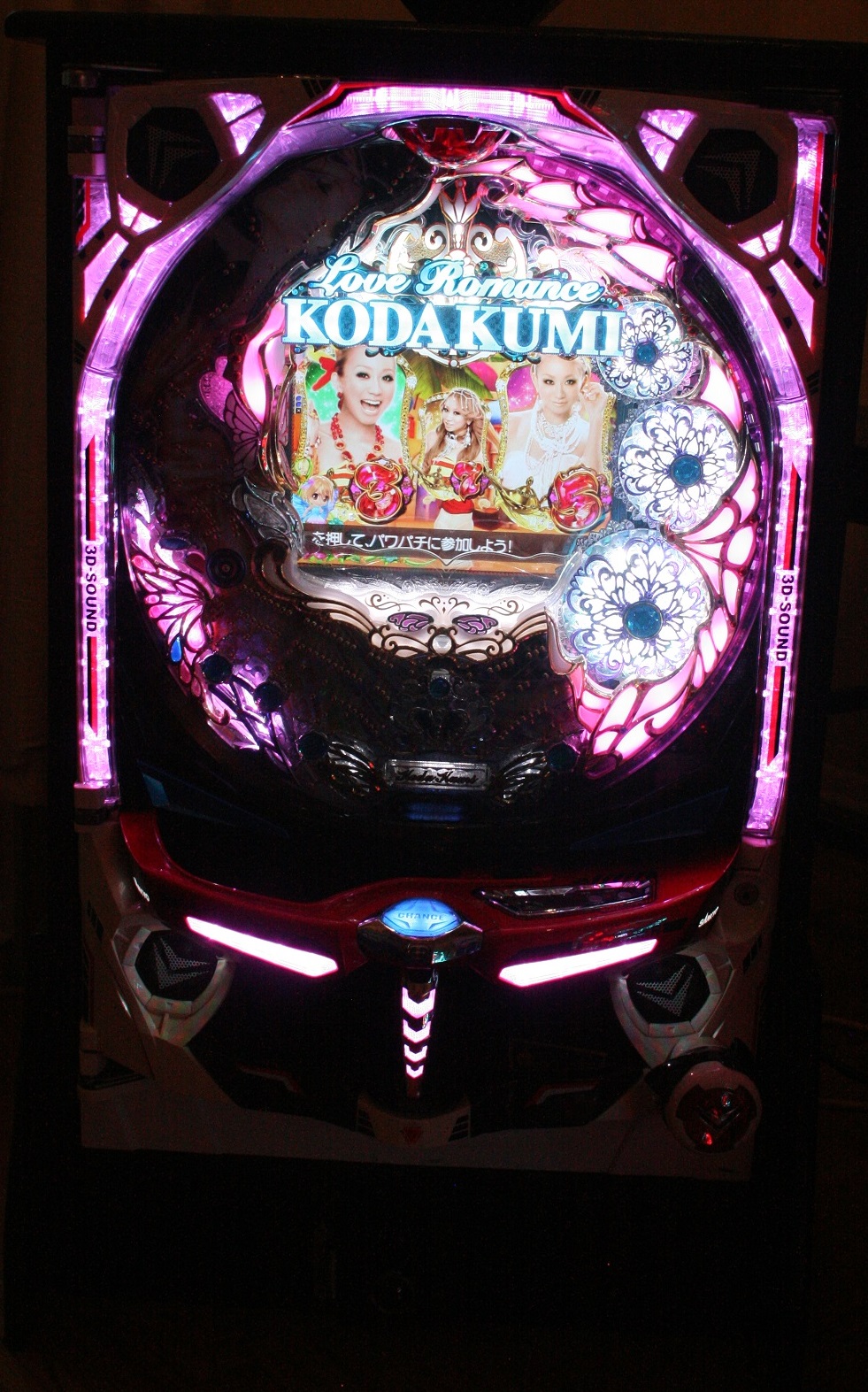 Pachinko is one of the most beloved games in Japan, though you don’t see a lot of it here in the U.S. In the most basic sense, you play to win steel balls; the more you win, the better! In Japan, these steel balls can be traded in for all sorts of prizes at local parlor.

Here at NDK we use our pachinko machines for fun and charity! Come visit our video game area in the Akihabara gaming district to try your hand at this fantastic game.  NDK is proud to own 8 different machines and 10 games to play on them so you will be sure to find something you like.

All proceeds from our pachinko machines go to our charity for the year.

Come and see what all the buzz and flashing lights are about!

Come to NDK and see what happens when motorsport merges with anime!

Want to bring your Itasha to display at NDK? All confirmed participants will enjoy prime outdoor space dedicated to displaying your Itasha all Labor Day weekend long! This 2021 car meet is sponsored by the Colorado Itasha Alliance!

Itahsa are elaborately decorated cars resulting from the combination of car enthusiast and anime fandoms.  Itasha (痛車) literally means “painful car” and refers to the pain in the wallet one feels to create these speedy works of art. They are generally dedicated to a favorite character (in anime, video games, and manga) and are as fun to see around town and on dipsplay as they are to create.

In Japan, the cars are seen prominently in places such as Akihabara (Tokyo), Nipponbashi (Osaka), or Ōsu (Nagoya). Itasha can be any kind of vehicle, but some prized makes include the Nissan Silvia, Nissan Skyline, Nissan 180, Mitsubishi Lancer Evolution, Subaru Impreza, Toyota Supra, and Mazda RX7.  Many Itasha are performance racers, but some also remain more stock.

Itasha can be subtle, with just a wrap around the wheel or hood, or with a curated collection of stickers/decals. Others take it to the extreme in colorful expression, with exciting paint and cars entirely wrapped with vinyl livery themed around a favorite character.

Art is usually commissioned fan art that is then converted to large vinyl graphics and professionally applied. Depending on how elaborately a car is decorated, and what one might pay for the commissions and livery installation, the cost of expressing your fandom faves via motorsport can vary dramatically.  Aside from the cost of the car itself and any performance upgrades, one might expect to pay hundreds to $5,000 or more to create the desired final look. Itasha indeed!

NDK is thrilled to host an inagural offical show in 2021 sponsored by the Colorado Itasha Alliance. We hope our attendees will enjoy seeing the creations of this fascinating subculture on display all weekend!