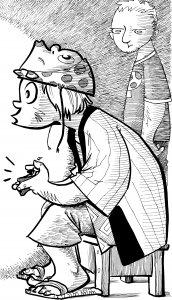 This year’s Video Game Room will be just like every other year’s room—and yet completely different. There will be several tracks of constant gaming all weekend long featuring the PS4, Xbox One, and Switch as well as pachinko and general mayhem courtesy of the VGR Staff. We’re also featuring our usual awesome array of events including Soulcalibur 6, Smash Ultimate 1v1, and Samurai Shodown tournaments!  And don’t forget late night Rock Band!

We are part of NDK’s Gaming Track, located in the Gaming District at the end of the hall on the right!

Even with the new digs we are remaining 24 Hours with no cool downs for main systems and arcade machines!  VGR staff love staying up all night. Once Again: NO COOL DOWN, NO CLOSING!

Every year, NDK raises money for charity and this year the VGR is getting involved with that. NDK is providing arcade machines with a variety of games to be played all weekend long including Galaga, Sinistar, Metal Slug, Samurai Shodown and more! We’re also expanding our arcade machines by partnering with our friends at Akihabara to include more machines!  Come and play for a good cause!

Who’s Even Awake by Noon Anyway?

Please remember that there is no sign up for tournaments.  Get to the tournament center and the VGR Staff will check your badge and give you a numbered token!

While we are holding a few small virtual activities, please continue to visit our site and YouTube page for more infomation!